A few weeks ago, I wrote my first short sci-fi story and added a subtle seed of an inception-style idea to it as the center point. The main point of publishing the story was to output some of the recurring thoughts and "Just get over with it" so I could move on, but I was too subtle, or I am now too impatient. Several times, I have been asked for a sequel, but no one came back commenting on the story's implications, so now let's discuss the topic more directly.

Some time ago, I wondered if there was a way to be able to orient ourselves in an infinite multiverse. You know, the type where every option that could ever happen and every decision that could ever happen happened somewhere. In that kind of multiverse, we could think about our choices and their repercussions as being at the spear-tip of infinite possible universes. Your one decision would change your direction in an endlessly branching river, and as you experience only one universe at any point in time, you would be in only one - your reality. Your reality would, in fact, be a culmination of everything that came before, but my point is that you would not even know that the branching is happening. So would you be able to steer in a positive direction? Would you even know what is best for you?

But let's not go in that direction now. Let us imagine a world where you could not only steer your decisions as they happen (Hard to imagine, I know) but also surf the other possible realities. How would you know where you are? In a universe similar enough to our own that has the same familiar earth - but is not too identical to our own, we could use the differences themself to identify where the reality branched apart from our own.
The first things that maybe came to your mind are to check out the newspapers or your alternate life, which is a start, but what if the alternate universe is so similar to your own that you can't easily spot the difference? What if a small change happened at some point and did not affect anything you are in contact with? Would there be any way to quickly check for almost all differences and to approximate the time of divergence?

In that case, it would be of great help to have a cryptographic hash tree with a depth of as many past events as possible so that when an event diverges, the rest of the tree changes forever. And the great thing is that we already have a continuously growing hash tree (or a Merkle tree), which is available to us as part of the Bitcoin blockchain. For instance, if you could take our version of the Bitcoin blockchain to another similar enough of a reality, you could compare the blockchains and find where and when they diverge. As transactions are indirectly dictated by outside world events, any event that triggers only one change to one transaction would forever change the whole chain. If someone in another reality decided to submit the same amount but with a little time delay, it could change the block that is mined next and also all of the subsequent blocks. It would definitely divert the Hash values from there on.

So, in theory, we have a rough way to ID our universe. If you could remember or retain just one blocks hash and revisit it later, you would be able to confirm that you are still on the same reality branch, and if you could retain a whole chain, you could also know when the realities diverged.

But bummer.
As we are talking about infinite multiverses, there would also be infinite subsets within the first infinity of universes where physics is not the same, where there is no earth, life, culture, or blockchain. You would also have subsets of infinite realities where the blockchain is precisely the same, but the reality is not.
Tough luck with surfing into a valid reality randomly.

On the other side, if we had a way of choosing the universe we land in per some criteria - e.g., only the ones that meet specific criteria, you would again have an infinite playground of universes.

Thank you Ivan, Vlado, Matko, and Sanja for encouraging these thought excursions into remote topics and for the best sanity checks around. 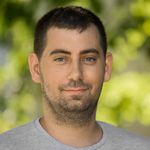